The History of Hot Wheels™ 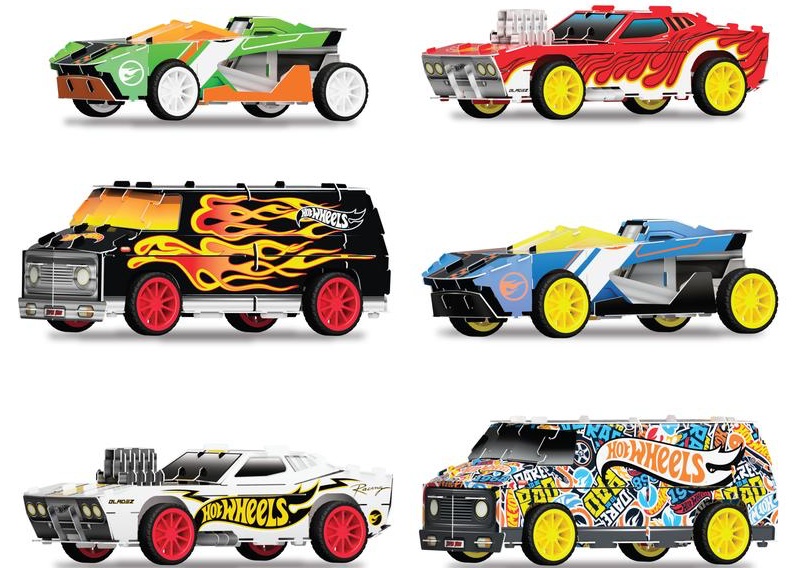 All car fans likely started their collection as a young child with these tiny replicas of their favorite models from Hot Wheels™. These affordable toys that come in a portable size for racing and admiring both at home or on the go have been a huge hit for generations. Join us as we look back at where this iconic brand began and some of the top reasons Hot Wheels™ products are still hot sellers in 2022.

The Genius Behind the Innovative Designs
Children and collectors alike have looked forward to shopping the latest Hot Wheels™ car and truck replicas since the late 60s. But, who came up with this brilliant plan to turn the cars people dream about driving into tiny inexpensive toy models that hit top toy speeds on the track? The answer is Mattel co-founder Elliot Handler who put together a team of uniquely skilled individuals, including a rocket scientist and General Motors car designer, with the intent of producing the fastest toy cars on the market.

According to the Hot Wheels™ media release, the idea came from playing cars with his children in 1966. Through Handler’s vision and leadership, the team accomplished the goal of making die-cast cars faster primarily by redesigning the wheels. Reportedly, after he made the comment, “Those are some hot wheels!”, the name of this newly re-engineered toy line was clear - It had to be Hot Wheels!

The First Models
Of all the Hot Wheels™ die-cast replicas ever produced, the models produced in the first series known as the “Sweet 16” are the most valuable for today’s collectors. Unlike other toy car models of the day, these cars were created to closely resemble the muscle cars, hot rods, and other popular automobiles on the market. However, they also offered some custom differences that would later help move the car industry into a new design direction.

Introduced at the International Toy Fair in 1968, the oiginal series consisted of the following replicas and custom designs.

The Unique Ability to Continually Innovate
Another quality that set Handler and his team apart in the toy industry is their ability to continually reimagine all aspects of design. From working on making the car design cooler and faster to discovering how to make the paint colors more vibrant, the team never rested. They also never stopped looking for ways to incorporate more groundbreaking engagement into the design, creating custom frames, and getting more detailed with replicas of the most popular cars, motorcycles, vans, and trucks of the time period.

Teaming Up with the Entertainment Industry
Whether you are a Marvel comics fan, a Nintendo gamer, or an automotive enthusiast, there is something for everyone in the Hot Wheels™ collections. With over 200 character cars, the entertainment world meets speed on the track by printing the colors, entertainment series symbols, and beloved character images on the sides, hood, and top of an exclusive line of cars. Examples include Marvel heroes, Chewbacca, and Mario.??The earliest character cars were created in 1979 featuring Captain America, Spider-Man, Thor, and The Incredible Hulk.

But, the most popular of all is the Darth Vader model. This build that was destined to be a hit with or without promotional aids will forever go down as a legendary unveiling at Comic-Con International in 2014 as a C5 Corvette turned full-scale Sith-mobile showed up to rev up the sales. Complete with Vader’s breathing sounds and glowing red lightsaber, the car was the result of engineering and artistry at its best and was a jaw-dropping sight to behold. It is now proudly stored in the Hot Wheels Garage, along with other full-sized versions of some of the hottest selling designs.

Playsets & DIY Kits
Of course, what’s a hot rod without a track? Therefore, it’s no surprise Hot Wheels™ is known for creative speedway courses and stunt playsets that allow the cars to go faster, climb higher, and jump farther. Best of all, once you have a track, any Hot Wheels™ car, van, or truck can join the racing fun!

Interested in more hands-on learning and creative entertainment? Check out the Hot Wheels™ Build It, Motor Maker Kitz, and Maker Kitz Street Racers sets. Kids ages 6 and up can have a blast putting together their own racecar or monster truck in a snap without the use of glue or scissors. It’s the perfect party favor, rainy day activity, reward, or gift for car or speed fans everywhere!