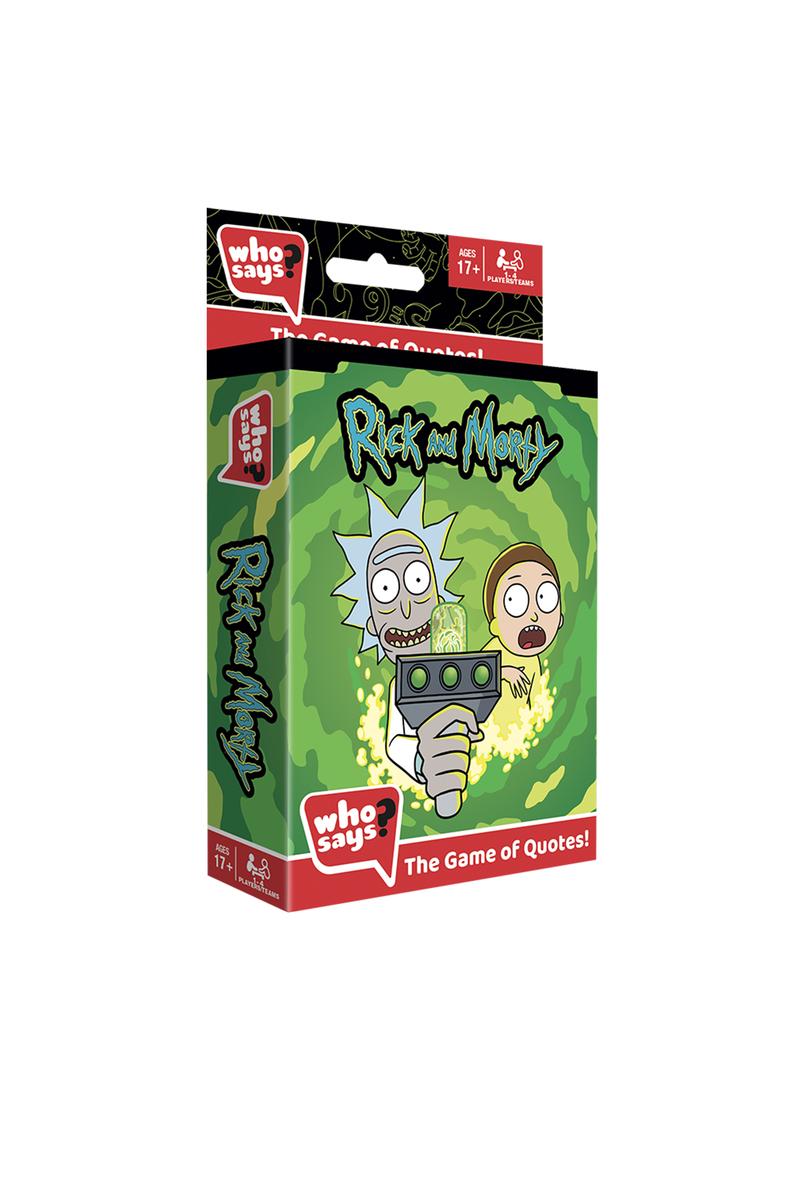 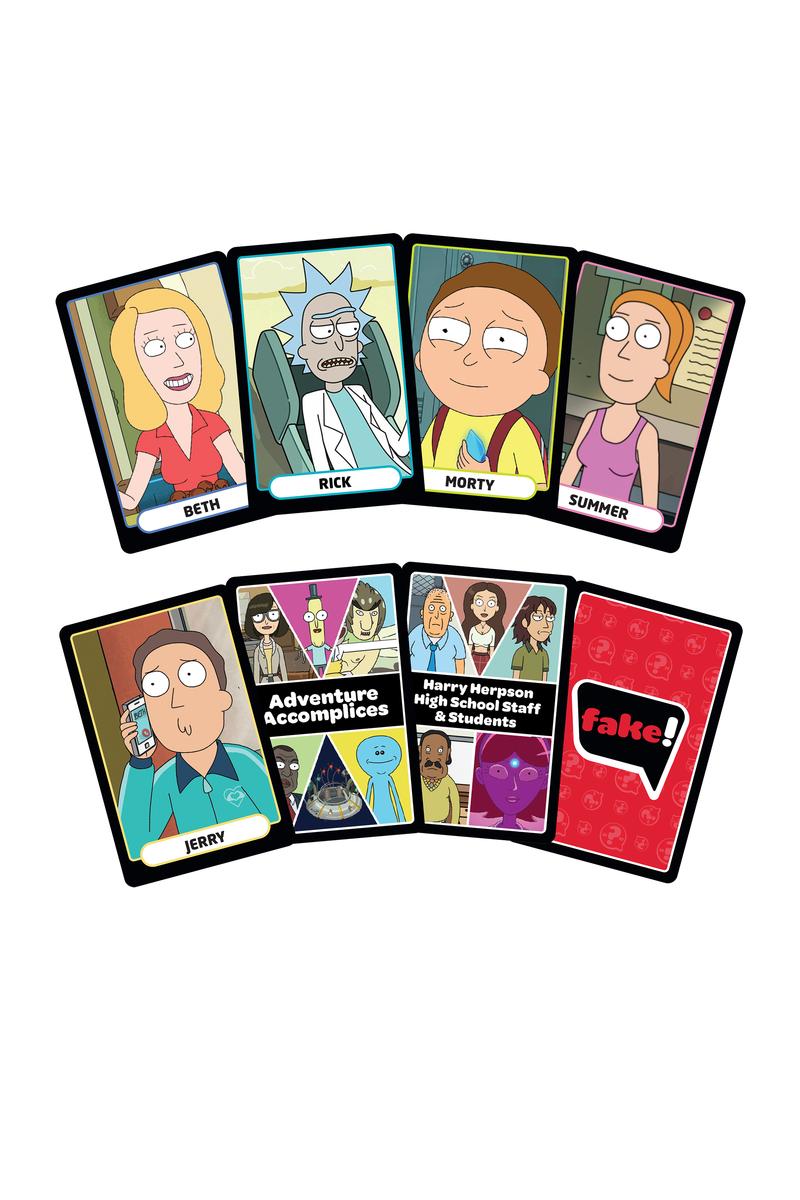 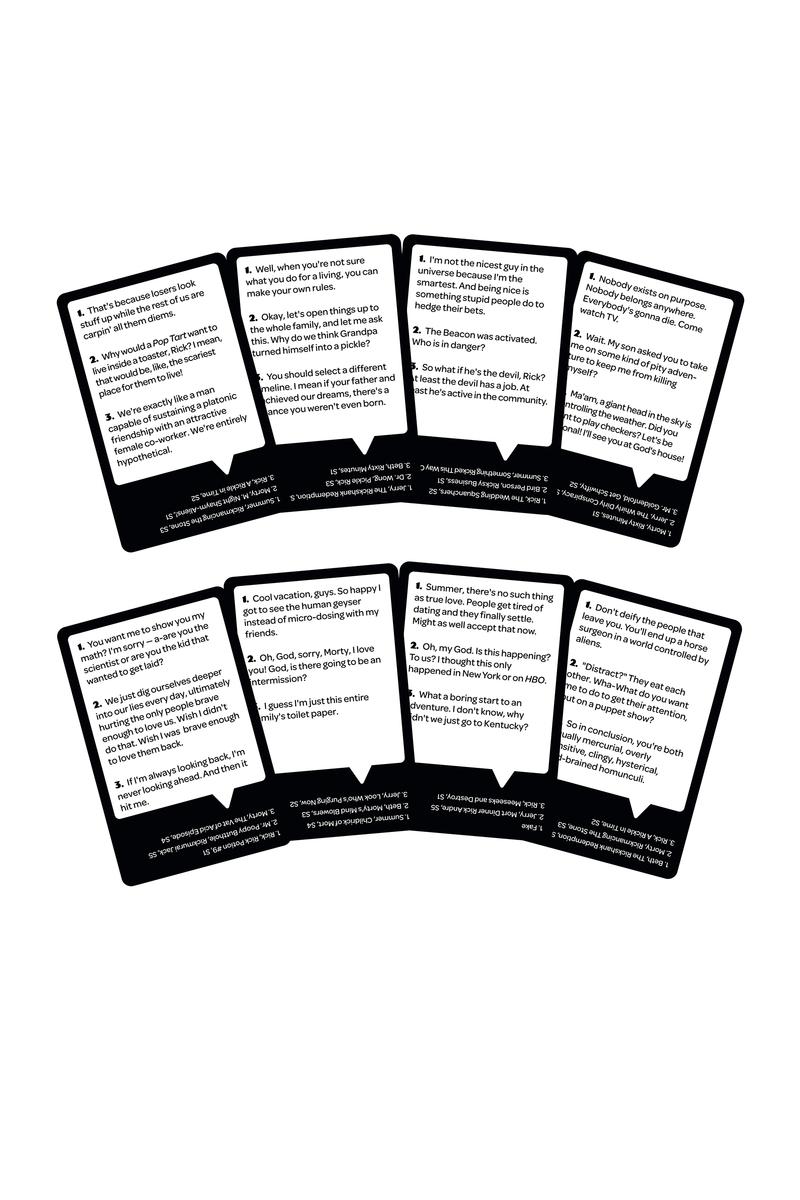 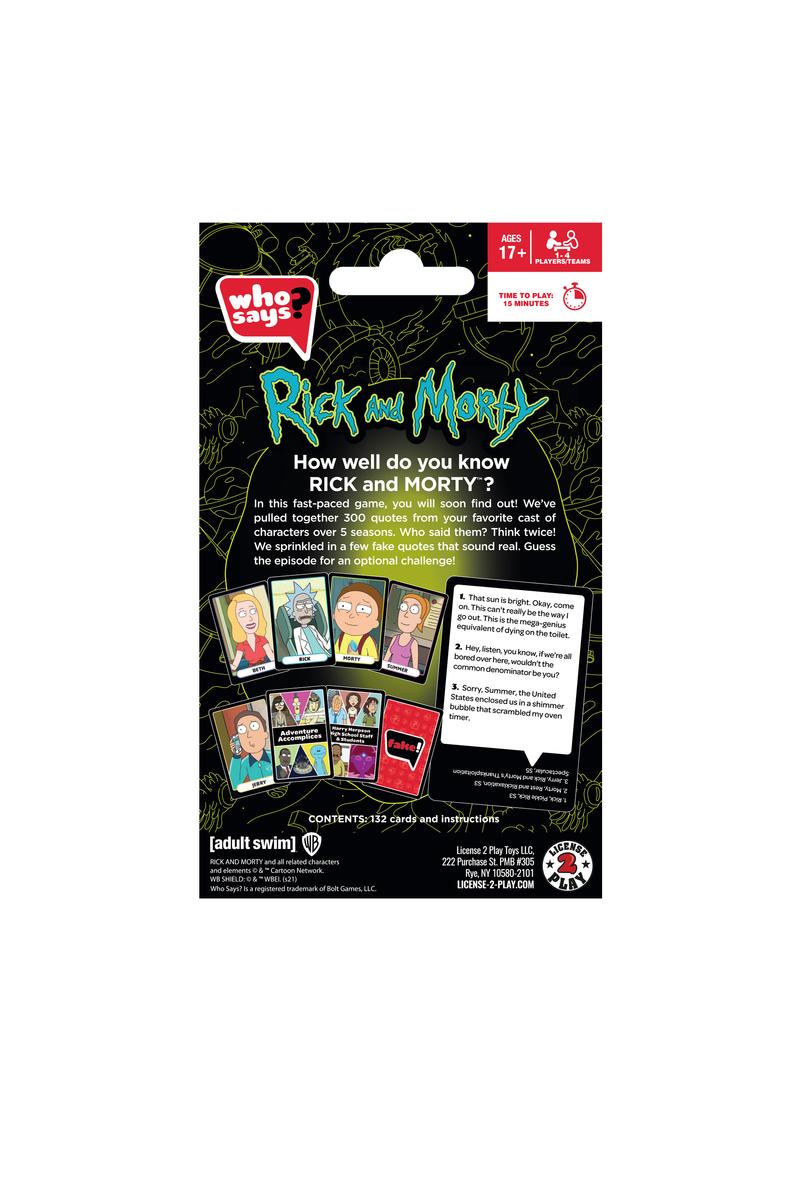 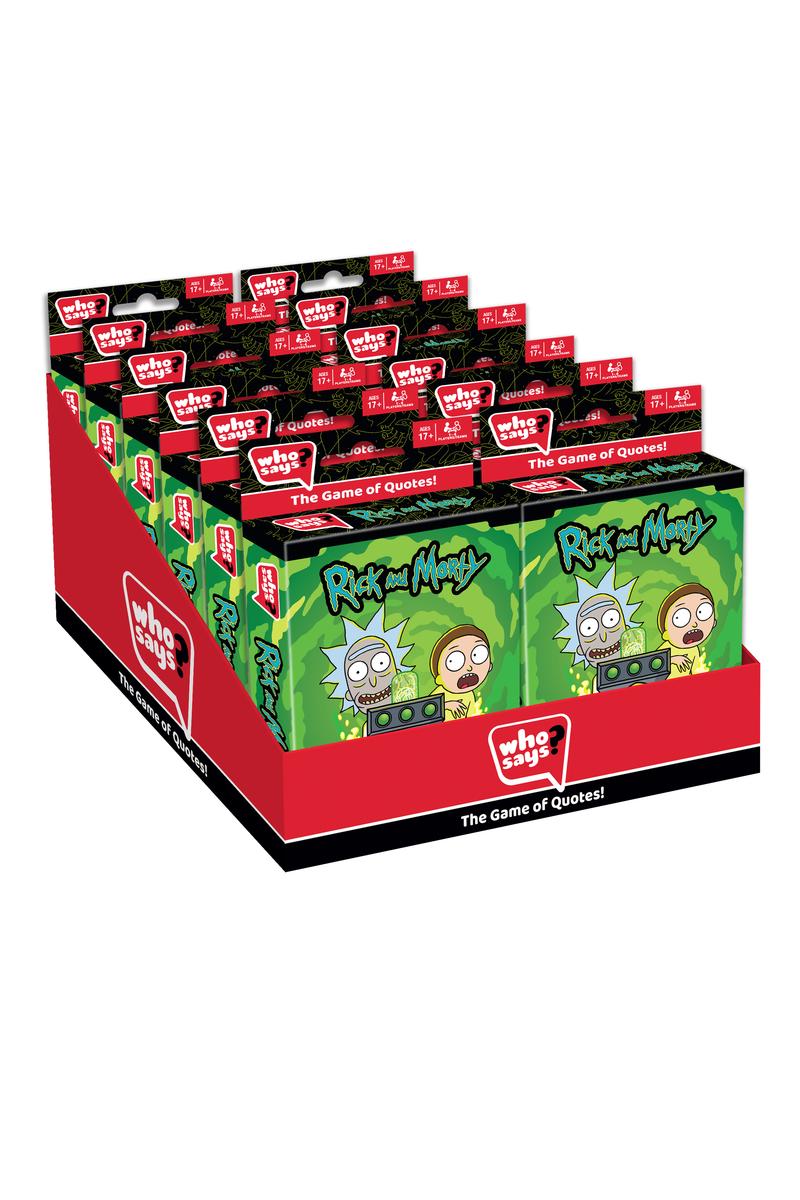 How well do you know RICK and MORTY™? In this fast-paced game, you will soon find out! We’ve pulled together 300 quotes from your favorite cast of characters over 5 seasons. Who said them? Think twice! We sprinkled in a few fake quotes that sound real. Guess the episode for an optional challenge!

What’s It About: Who Says? is a Quote-Trivia card game that challenges players to prove how well they know their favorite Rick and Morty characters.

Wait! There’s More! Check out the other Who Says? Quote-Trivia games: Friends, Seinfeld, and Harry Potter. Combine the different decks to allow more people to play and to make play more unpredictable. 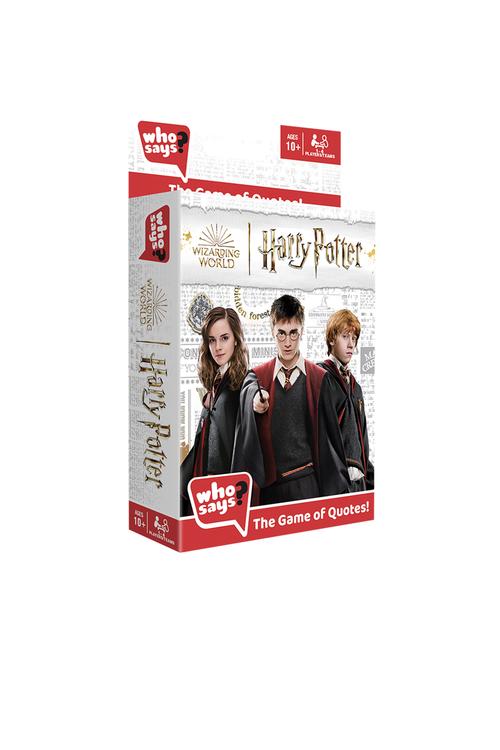 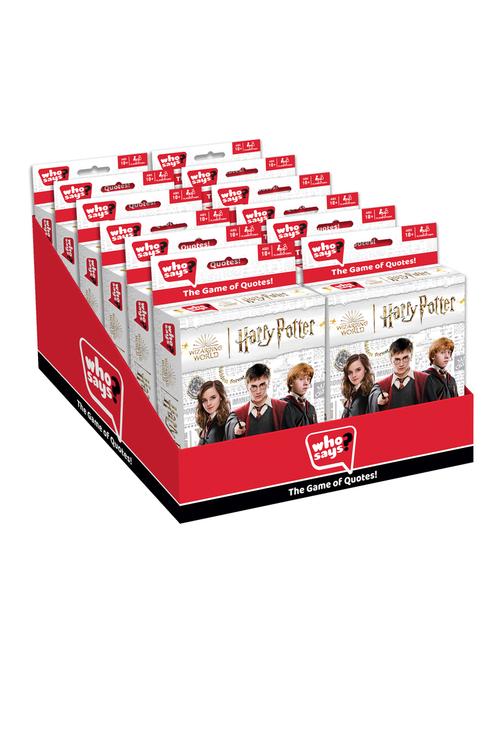 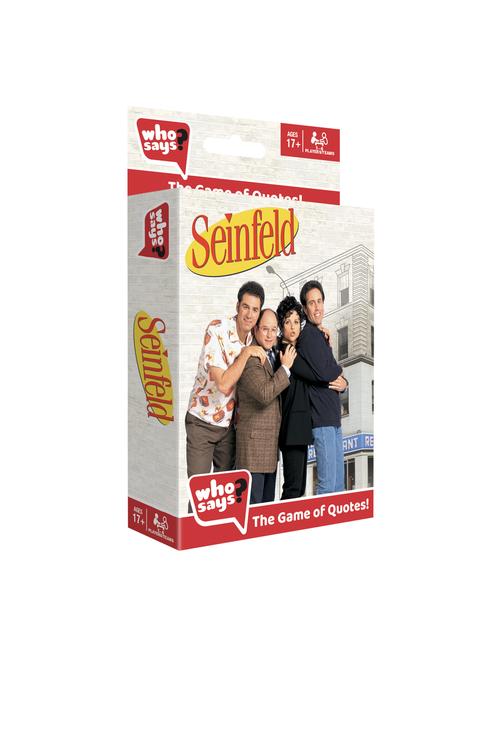 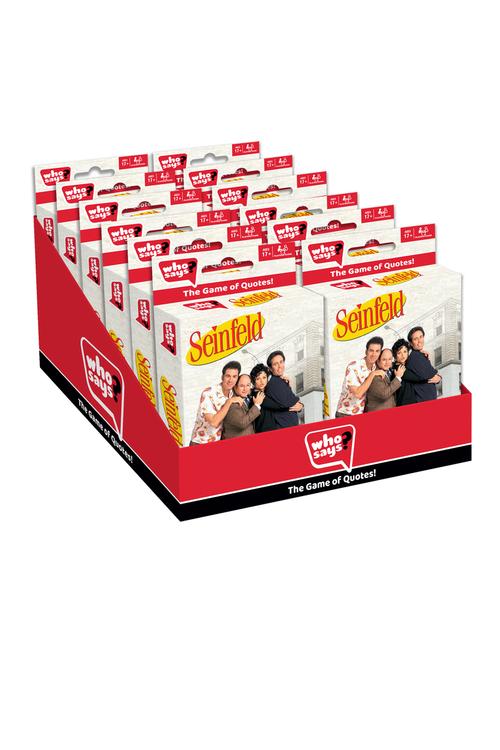 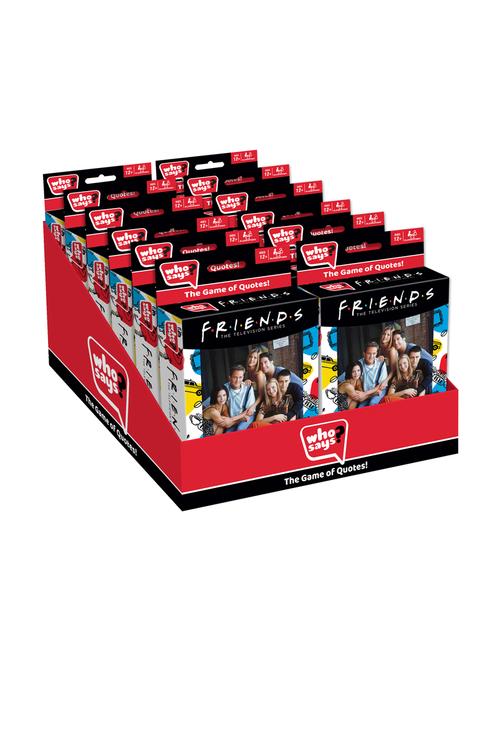 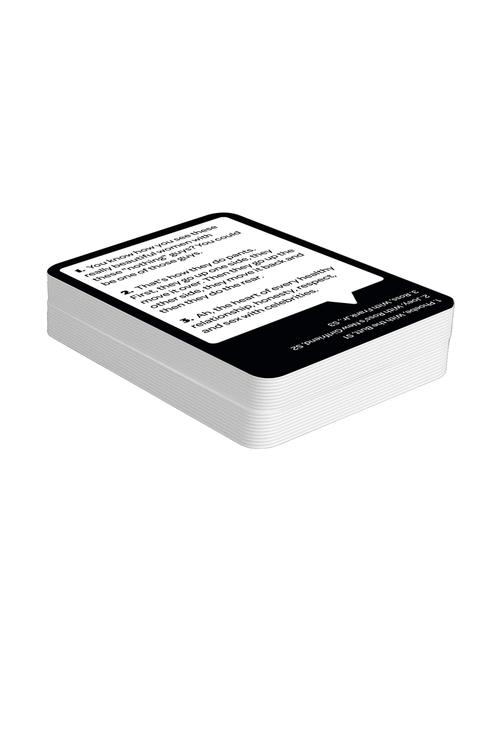