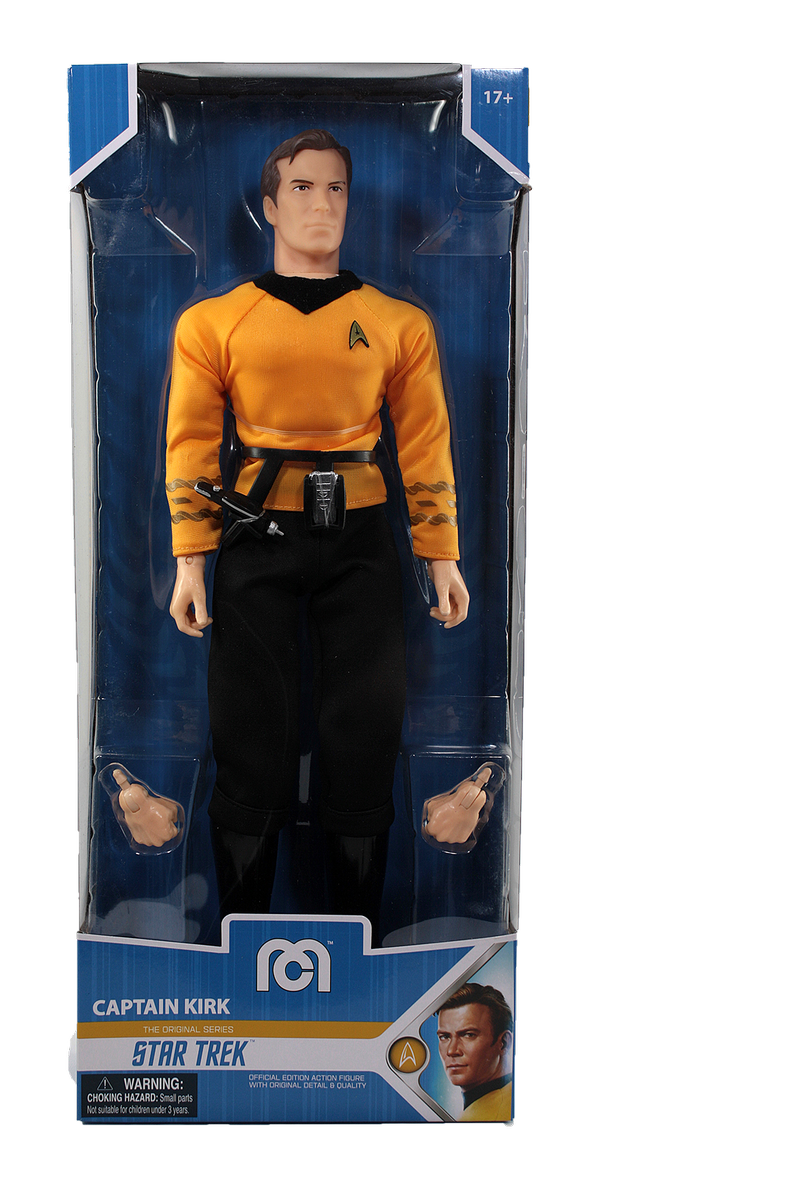 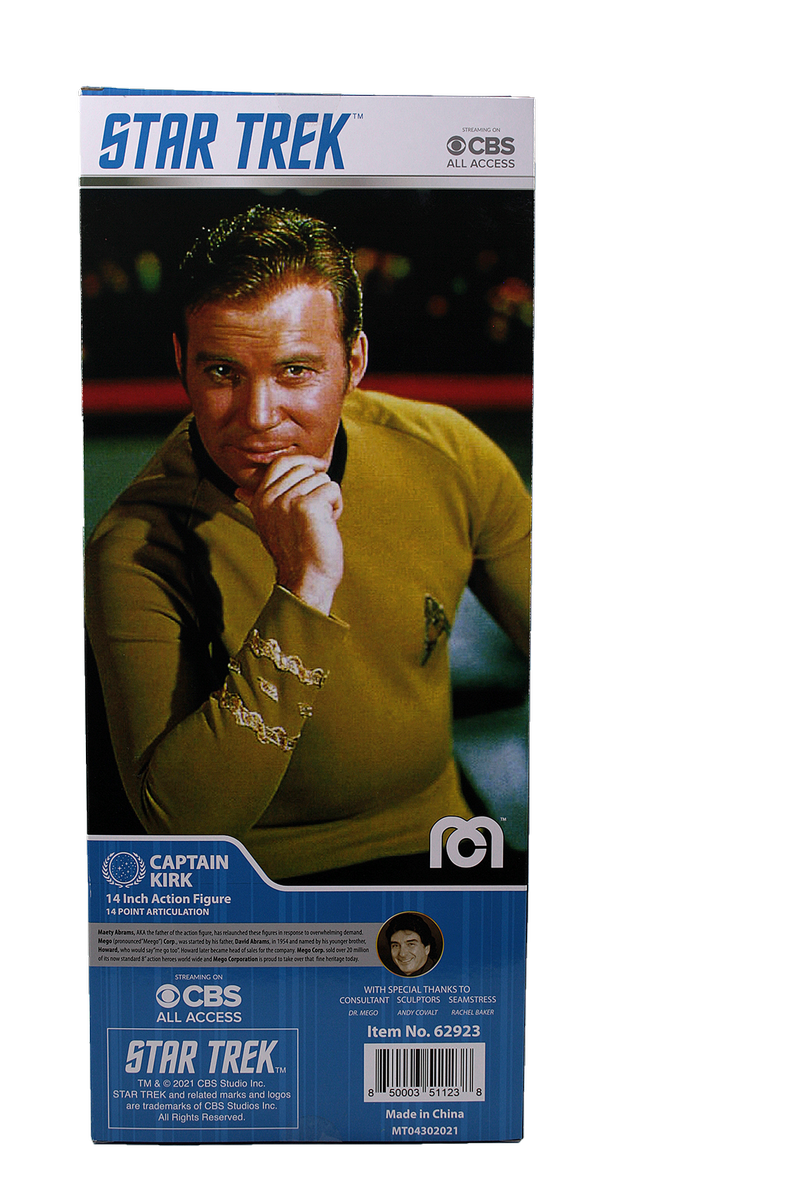 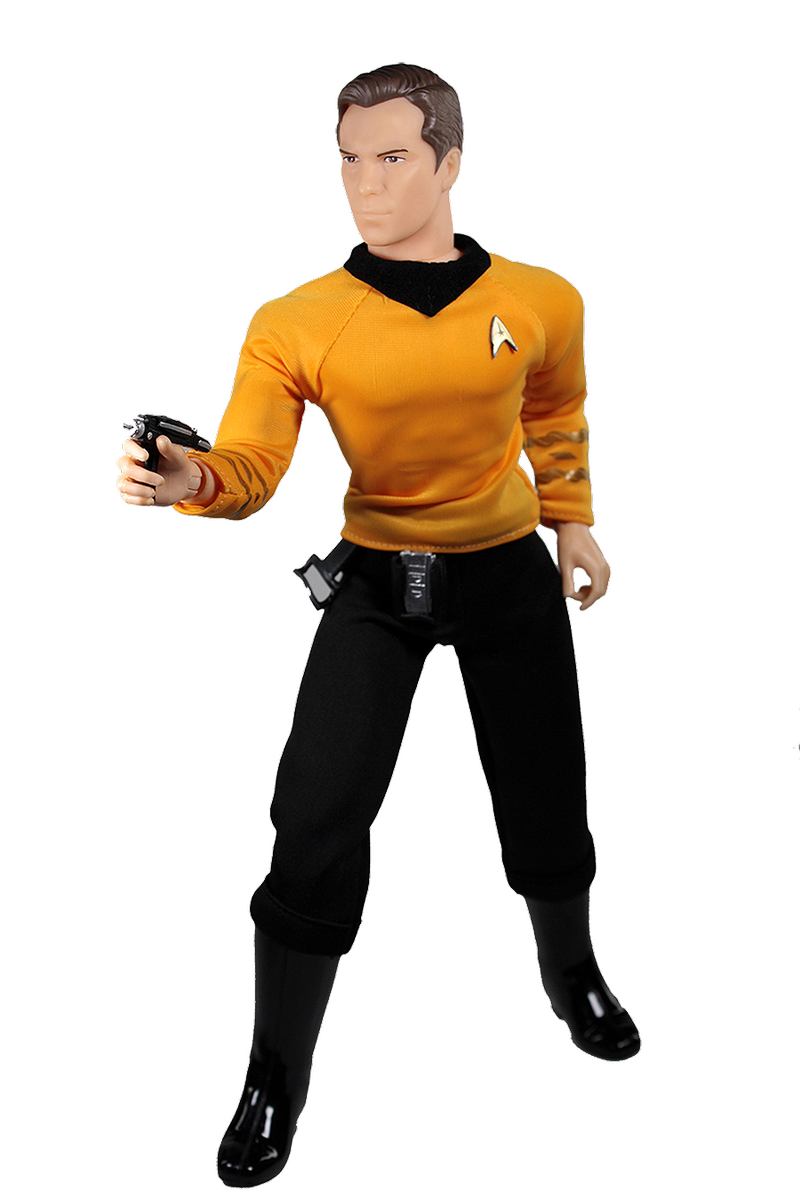 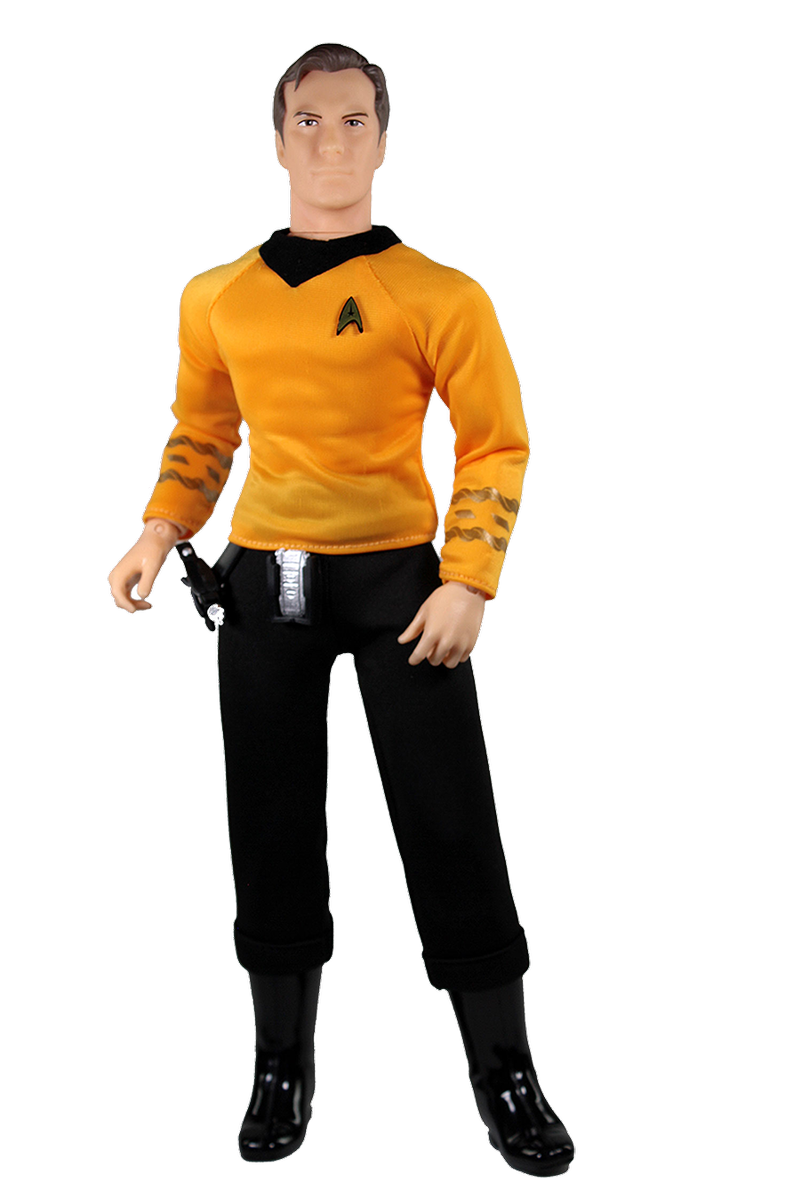 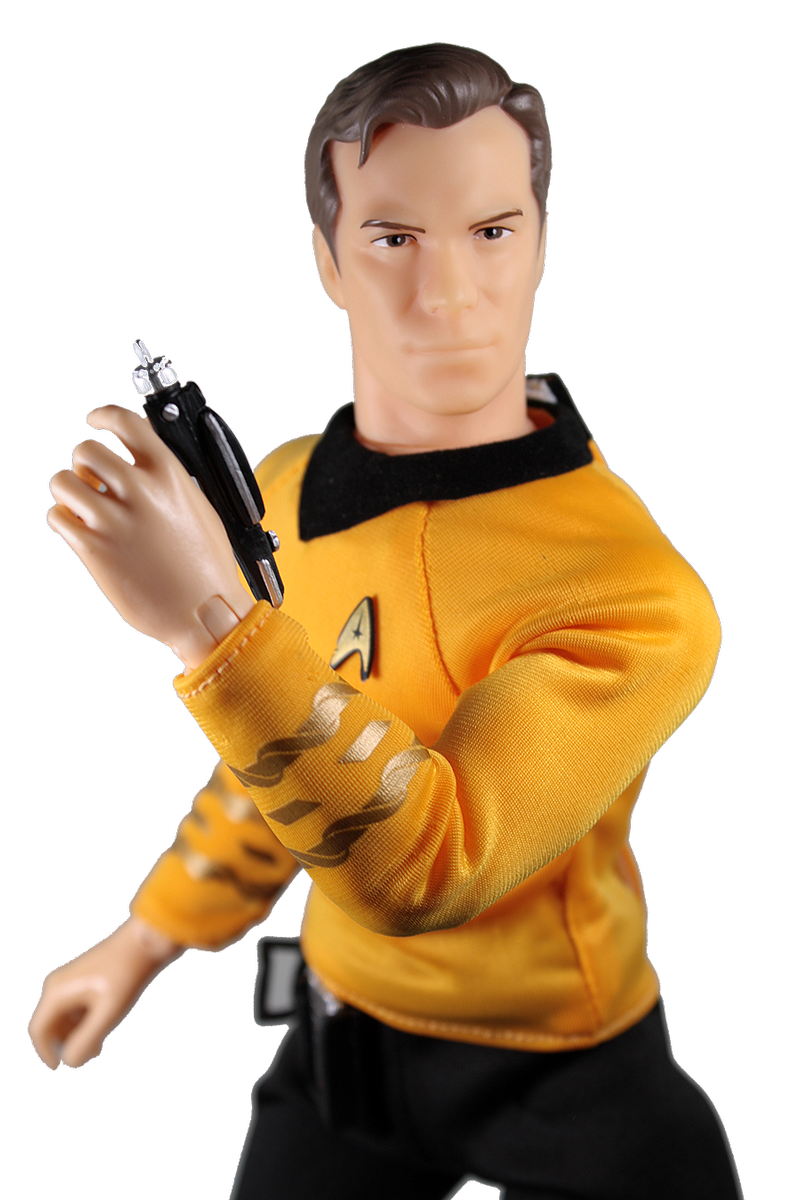 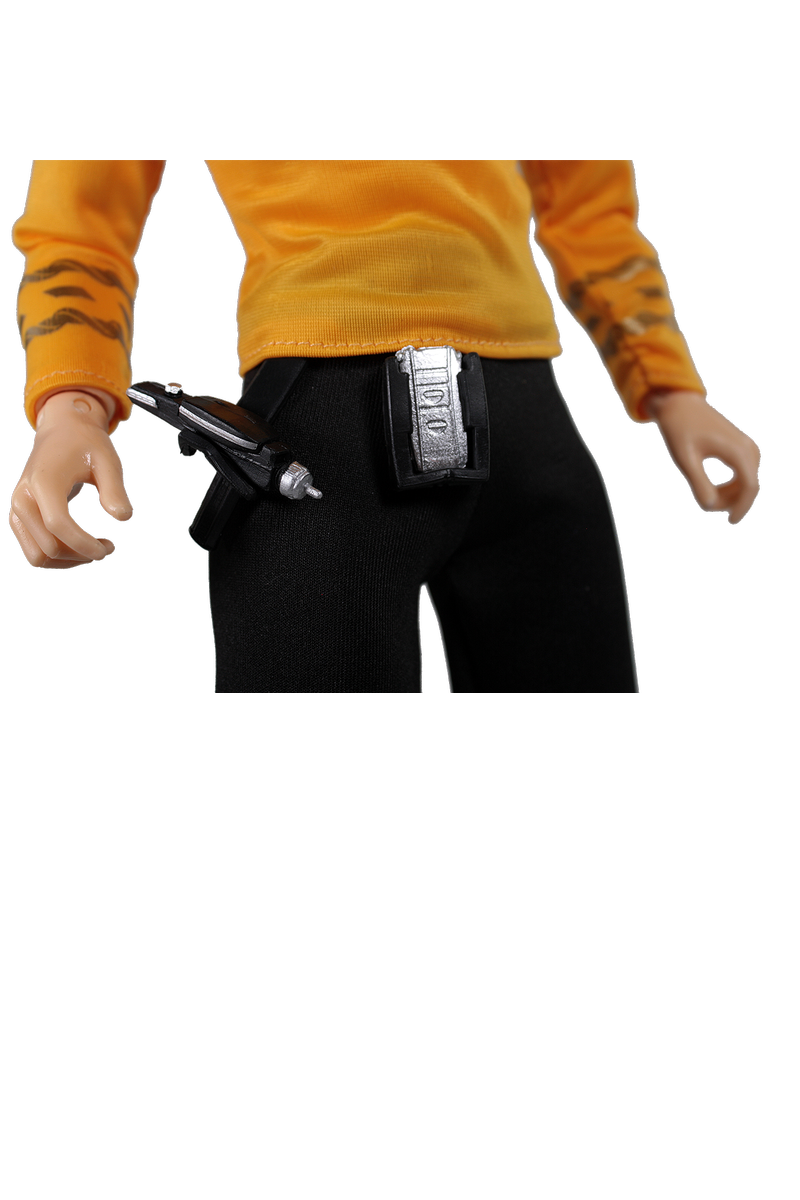 Despite his brash tactics and recurring disregard for Starfleet regulations, James T. Kirk became the youngest Captain of the U.S.S. Enterprise at the age of 32. Jim Kirk, the only cadet in Starfleet history to ever defeat the Kobayashi Maru - “I don’t believe in no-win scenarios.”

Originally founded in 1954 by Dave Abrams, Marty Abrams, now commonly known as 'the father of action figures,' took the helm of the company in 1971 and shifted the direction to licensed action figures.  He included the 'World’s Greatest Super Heroes' line), celebrity dolls, and the Micronauts toy line. Mego became famous for its 8-inch scale figures with interchangeable bodies. Eventually, this became an industry standard.

Mego Corporation re-launched in 2018 with a partnership between Marty Abrams and Joel Rosenzweig, focusing on 8-inch Action figures and launching with popular licenses from CBS, Warner Brothers, Sony, and Epic.